Many couples stuck indoors with each will either be champing at the bit to get away from each other or relishing the time together during the national lockdown. But we reckon being in close proximity to your other half can make you rethink your relationship – good or bad. 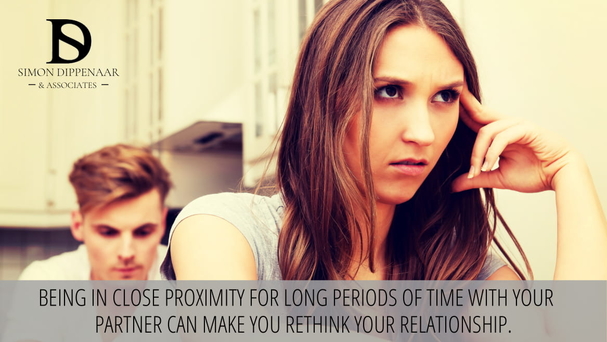 So when bestcasinosites.net released a study which ranks the likelihood of divorce in countries around the world, it made us take another look at the results, especially since we find ourselves in the grip of a global pandemic.

The study analysed 87 countries and ranked them according to the proportion of the divorced adult population. It aimed to offer an international comparison and identify major historical factors that continue to limit access to divorce services.

The United States ranked third overall. The 1970s shift to a “soul-mat model of marriage, based on fulfillment rather than obligation, propelled divorce rates in the US and the United Kingdom.

In Russia, the end of the Soviet Union sparked a rise in divorce as women were finally granted protection after separation. Combined with an ongoing trend in early marriages, this in part explains Russia’s first-place position in the index.

Catholic countries rank largely at the bottom of the index with low rates of divorce. Ireland ranked in 81st place with divorce legalised in just 1995 and still contingent on conservative laws, like five years of separation. Chile ranked last in the index. Divorce was only legalised in Chile in 2004 due to the influential role of the Catholic Church across Chilean society.

What the study found was:

The top 5 countries worldwide with the highest divorce rates

The top 5 countries with the lowest divorce rates

The full list of all 87 countries can be found here.

*SD Law aka Divorce Attorney Cape Town is a division of Simon Dippenaar & Associates Inc. (SD Law). We are passionate about the law. Based in the heart of Cape Town, our family lawyers and divorce attorneys offer expert legal advice with complete client confidentiality. Our expertise encompasses family and divorce law, and a comprehensive range of legal services. Founder and director Simon Dippenaar holds a BBusSc LLB degree and Professional Diploma in Legal Practice from the University of Cape Town, and is an admitted attorney of the High Court of South Africa. Simon Dippenaar & Associates Inc. has law offices in Cape Town and Gauteng and represents clients in South Africa and further afield.