A divorcee can lay a claim to a portion of their partner’s monthly pay-out from a living annuity. 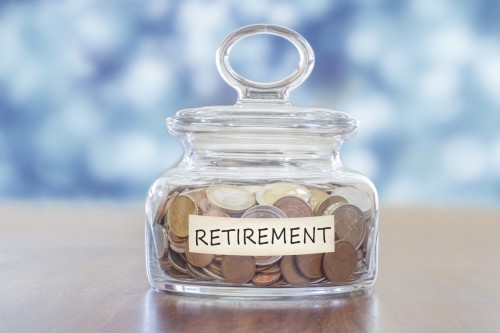 Early in 2020, a ruling by the South African Supreme Court of Appeal (SCA) promised relief for many divorcees who, until then, could not access their ex-spouses’ living annuities.

The SCA ruled on the same case that was originally heard by the High Court in 2016 and found the original ruling to be invalid. This nullifies the High Court’s original view that an ex-spouse could not lay claim to their portion of a partner’s living annuity.

This is a monumental finding as it changes the ruling regarding living annuities and divorces that has set the legal precedent since 2016.

In the original case of Montanari v Montanari, the High Court found that the challenging divorcee (the applicant) could not lay claim to any part of the defending divorcee’s (the defendant) living annuity. The main reason for this, so the court found, was the fact that the assets underlying a living annuity no longer belonged to the defendant but vested in the insurer. Since the assets now belong to someone other than the defendant, the applicant could not have any part of it as part of a larger division of assets.

In the SCA hearing, the judges found that the High Court judgment persisted with the misunderstanding that only assets should be split. If you hold this view, then the original 2016 ruling is valid, because it is true that these assets are held by the provider and are therefore not part of a settlement agreement.

In contrast to this interpretation, the SCA said that the monthly pay-out from the living annuity is in itself also an asset and that the applicant (the person seeking retribution in this case) could rightly claim a portion thereof.

The court’s latest finding makes perfect sense because in the past you could claim a part of this pay-out for maintenance. So, it would make sense that the same money available for maintenance should be considered when deciding a split.

This is a definite win for applicants who very often stayed home and raised a family, while the defendant worked and built up a pension.

Unfortunately, the ruling only applies to the pay-out and not to the total value of the living annuity. One should keep in mind that the person holding the annuity (the defendant in this case) can decide on how much he or she will draw from it every year (thus what the pay-out should be). By law, this drawdown rate can be set once a year between 2.5% and 17.5% of the annuity value and it is only to that portion every year that the applicant can lay claim.

If you find yourself in the unfortunate position of divorcing later in life, please keep this SCA ruling in mind. If possible, consult with your financial advisor to make sure that the pay-out from these funds is managed in the most tax-efficient way, since the normal tax rules apply to you as it would to the original holder of a retirement annuity or pension fund.

We can support you through divorce proceedings and help you move on to the next stage of your life as quickly as possible. If you would like to talk to someone in confidence, give Simon a call on +27 (0) 86 099 5146 or email  sdippenaar@sdlaw.co.za.  Cape Town law firm is a firm of expert family lawyers in Cape Town. We now offer online consultations. We’ll call you back and schedule a meeting at a time that suits you, on the platform of your choosing.