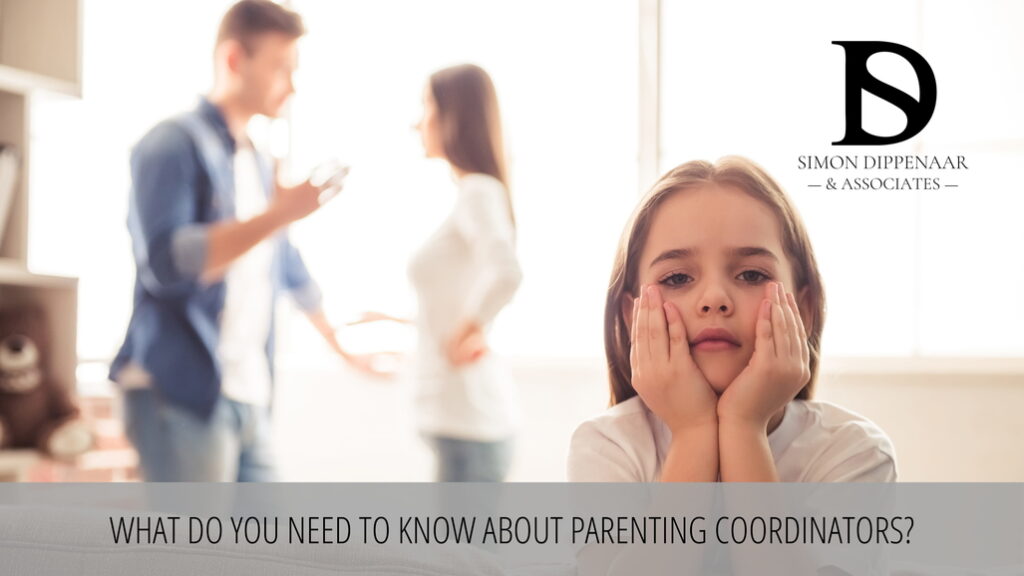 Can you change your parenting coordinator and what are their powers?

When parents divorce, or indeed when unmarried parents go their separate ways, it is common for them to have a parenting plan, which is a legally binding agreement that defines the roles and powers of each parent or carer. It also clarifies areas of potential conflict, such as holiday arrangements or the school run. Parenting plans are not required if a divorce is amicable and the parties can agree on the details, but will often be mandated by the court in an acrimonious divorce. We strongly advise all estranged parents to have a parenting plan, as it prevents and mitigates friction. Sometimes the court will appoint a parenting facilitator or coordinator to assist the parents when they are unable to reach agreement on any issue arising from their exercise of parental responsibilities. In other words, when two people are so hostile to each other that they can’t even agree on the parenting plan that will reduce conflict, the court may step in and assign a professional to assist them. What is the scope of the facilitator’s powers and how can a parent have the facilitator removed or changed, if they feel there is bias or favouritism present?

The court order or relevant clause of the parenting plan stipulates the scope of the coordinator’s authority. The practice, which has evolved over time, has given the coordinator the power to make decisions or directives regarding disputes, which are binding on the parties until a competent court directs or the parties jointly agree otherwise.

Case law is inconsistent on the power of parenting coordinators. The first reported case dealing with parenting coordination was in 2010. It concerned disputes regarding the schooling, maintenance and other matters affecting the best interests of two children born of unmarried parents. The High Court placed the judicial stamp of approval on facilitation in this judgment and, through this order, a great deal of authority was assigned to the facilitator. Not only was the facilitator authorised to facilitate the dispute, they were also entitled to give directives and make rulings that were binding on both parties. However, in a 2013 case, the Gauteng High Court was not prepared to grant a father’s application for the appointment of a case manager to deal with and make decisions about certain post-divorce parenting conflicts regarding his child. The decision held that no court had the jurisdictional competence to appoint a third party to make decisions about parenting for parents who hold parental responsibilities and rights in terms of the Children’s Act. The court went on to say, “the role of any ‘other suitable person’…is to facilitate decision-making rather than be the decision-maker.” The court’s opinion was that the appointment of a decision-maker to break deadlocks was a delegation of the court’s power that constituted an impermissible act – in other words, a step too far.

So where does that leave us? Is the coordinator able to make decisions on behalf of children or are they merely a facilitator in negotiations between the parents? These two cases seem to contradict each other. In a third case, more recently, the court concluded that, although the contents of a parenting plan had to be agreed on and could not be imposed on parents, the court could, in appropriate cases, appoint a coordinator with limited decision-making powers to assist the parties in implementing a parenting plan which had been made an order of court. But the court warned that the appointment of and powers conferred on a coordinator can and should be limited to avoid an impermissible delegation of judicial authority.

Therefore, a parenting coordinator/facilitator can make decisions, but only within defined and timebound parameters.

Can the coordinator be removed or changed?

For mediation or facilitation of any sort to be successful, the negotiating parties need to respect and trust the facilitator. They don’t have to like them. But if there is a serious lack of trust or if one party feels the coordinator is biased against them, it is reasonable to desire a change of personnel. Is this permissible, and if so what is the process?

The court has the final say

The facilitator’s services involve elements of mediation, expert opinion, counselling and arbitration but do not fall exclusively into any of these categories. A facilitator is not a psychotherapist or counsellor for the children or the parents. The scope of the facilitator’s authority is widespread in that it includes the power to make decisions that are binding on the parties (until a competent court directs otherwise), including to “resolve conflicts relating to the clarification, implementation and adaptation of this agreement [parenting plan] or any subsequent parental responsibilities and rights agreement having regard to the best interests of the children.”

Unfortunately, our law contains no statute or rules governing the parenting coordination process that provide us with a definitive answer regarding the removal of a coordinator, but case law makes clear that any grievances regarding the performance of the facilitator should be discussed with the facilitator and efforts made to resolve the grievance. It is evident that parenting plans, settlement agreements and court order will now need to include correctly worded clauses dealing with a coordinator’s appointment and their limited authority pertaining to decision-making.

Ultimately, the buck does not stop with the coordinator, so removing them will not necessarily make a material difference to court-approved decisions, though it may resolve a personality conflict. All decisions of the facilitator/coordinator are subject to comprehensive judicial oversight. This means that the rulings of the coordinator are not in effect final, because they are subject to alteration by the court.

SD Law is a firm of experienced divorce attorneys based in Cape Town, with offices in Johannesburg and Durban. If you have concerns over your parenting plan or want to change your parenting coordinator, call family lawyer Simon Dippenaar on 086 099 5146 or email sdippenaar@sdlaw.co.za for a confidential discussion.