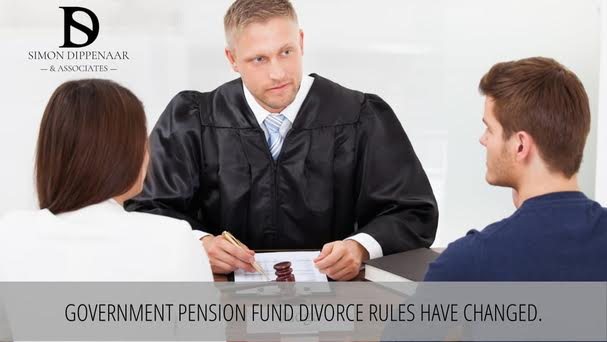 We’ve written about divorce and pension sharing recently. It can be the most contentious aspect of a divorce, particularly where one partner is a high earner and the pension fund represents a significant asset. It can be particularly emotive because, unlike a residence, which is a shared asset to which both spouses have contributed, a pension is the fruit of one’s own labours – an occupational pension fund is effectively deferred income. However, where the marriage is in community of property, the pension is an asset to be shared on divorce. The process can be complex. It is not a simple as valuing a house and selling it to split the proceeds or one spouse buying out the other’s share. The Government Employees Pension Fund has recently simplified its rules around divorce and pensions, as this article from the Sowetan Live explains:

The Government Employees Pension Fund (GEPF) will no longer subject its members to a so-called “debt” approach when implementing a divorce settlement court order.

Instead, on divorce, a member’s contributing years of service will be reduced by the number of years equal to the portion of benefit due to a spouse in terms of the divorce order.

The new rules came into effect on August 1 2019, after the gazetting of the Government Employees Pension Law Amendment Bill on May 23 2019.

The amendment removes the pension debt that accrued to GEPF members when, as stipulated by their divorce settlements, the fund paid out part of their pension to their former spouses.

This created the possibility that such members could owe money to the GEPF when they retired.

Now, rather than creating a debt, the GEPF will adjust a member’s years of pensionable service after it has paid the amount required by the divorce settlement.

This means the benefit to be paid to that member upon retirement will be decreased to take into account the part of the member’s pension interest given to the spouse during the divorce. The member will therefore receive his or her full benefit after the reduced pensionable service has been calculated.

As an example, a member who has 20 years of service and whose spouse is paid 50% of the pension fund interest would have his or her years of service reduced to 10 years. To address the gap, that member could then opt to pay in the difference or raise his or her monthly contributions.

Members who have more than 10 years of pensionable service prior to the divorce claim will still be entitled to a lump sum and a monthly pension when exiting the fund – though at a reduced value.

Members who already had their divorce settlements processed in terms of the previous “debt” approach can switch to the new service-reduction model.

The GEPF will send information about these options to all affected members to explain how the changes will affect their pensionable service periods and benefits.

If you’re considering divorce and are worried about your pension, we can help

Contact Simon on 086 099 5146 or email sdippenaar@sdlaw.co.za to discuss your case in confidence. SD Law and Associates are experienced family law attorneys who will look after your interests and ensure a fair settlement that respects all parties.

This entry was posted in Divorce, Divorce finances, Pension and tagged pension sharing. Bookmark the permalink.