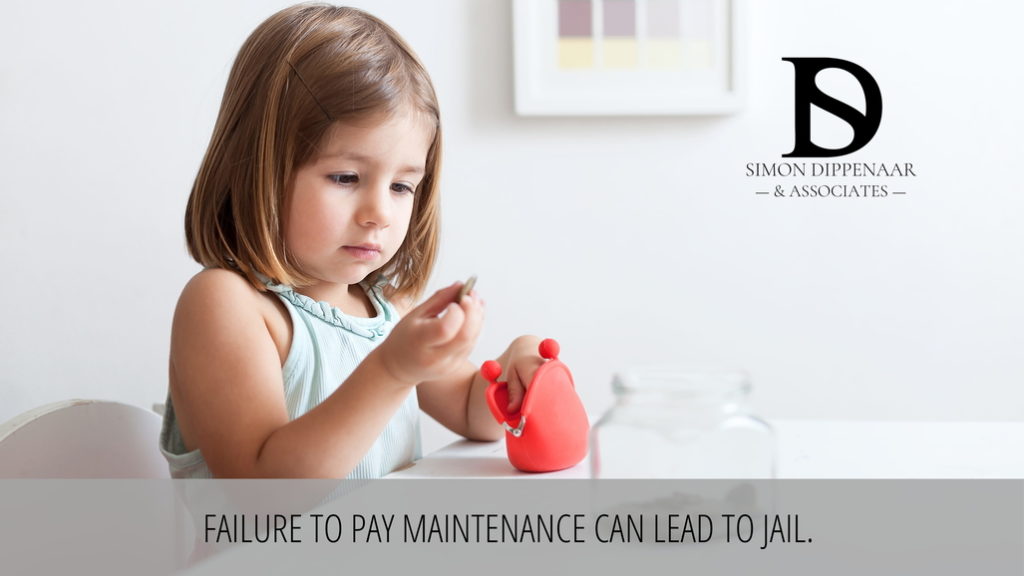 Pretoria – The courts have once again warned that those who do not pay maintenance will feel the long arm of the law.

A judge yesterday ordered a father and well-known businessman to report to jail within five days to start serving a jail sentence.

The man, only identified as Mr P as it is a maintenance matter and involves his two children, tried everything to stay out of jail, but to no avail.

The Krugersdorp Magistrate’s Court earlier convicted him on two charges of contravening the Maintenance Act for failure to pay maintenance towards his former wife and their child.

The man, in his fifties, was sentenced to three years in jail on each of the two counts, but the court ordered that he had to serve four and a half years in total.

Aggrieved by the outcome, he unsuccessfully applied to that court for leave to appeal both his convictions and sentence.

In desperation, he petitioned the South Gauteng High Court in Johannesburg for leave to appeal, but he was only granted permission to appeal against his sentence.

He also applied to the Supreme Court of Appeal for permission to appeal against his conviction, but nothing had come of this appeal.

The high court, meanwhile, yesterday ruled that it could find no fault with the sentence and that the man, who had been on bail since his conviction in 2018, now finally had to start serving his jail time.

He and his wife got married in 1992 and he instituted divorce proceedings against his wife in 2009.

The court was told that he was a man with money and that he owned several well-known food franchises, which he had sold over the years, while he bought others. The divorce was acrimonious, but he managed to hold on to the control of his food empire.

When the parties got divorced in 2012, the wife donated half her shares in the businesses in the joint estate to her husband in return for spousal and child maintenance from him.

The man, however, failed within a few months of the maintenance order being issued to pay his dues.

During the trial, the essence of the appellant’s defence was that he could not afford to pay maintenance because he had sold his businesses to his fiancée and living-in-partner for R6  million.

He testified that after the sale, he was employed by his fiancée at a monthly salary of R25  000 a month, which was later increased to R30  000.

The applicant contended that the court erred in imposing direct imprisonment and that the four-and-a-half years’ imprisonment sentence was shockingly excessive.

He also called on his accountant to testify that his businesses were insolvent, and that no matter what, he would not be able to pay for the maintenance of his erstwhile wife and his children.

The magistrate, who earlier convicted and sentenced the man, rejected his claims that he was not financially able to pay the maintenance.

That court said he did not even attempt to pay whatever he thought he could afford.

Judge E Molahleni said in his judgment that the Maintenance Act did make provision for a 3-year jail sentence, without the option of a fine, on each related charge.

The court took into account that the failure to pay maintenance affected the most vulnerable in society – women and children.

The failure to pay maintenance left the wife and children without food and often without electricity, the court was told.

While counsel for the man said a month’s jail time would have been appropriate, the judge said he neither showed remorse nor attempted to pay-up and thus his jail term was warranted.

SD Law is a firm of experienced divorce attorneys based in Cape Town, with offices in Johannesburg and Durban. What does a family lawyer do? Family lawyers deal with much more than just divorce and custody. If you have concerns over your maintenance agreement or problems with non-payment, call family lawyer Simon on 086 099 5146 or email sdippenaar@sdlaw.co.za for a confidential discussion.