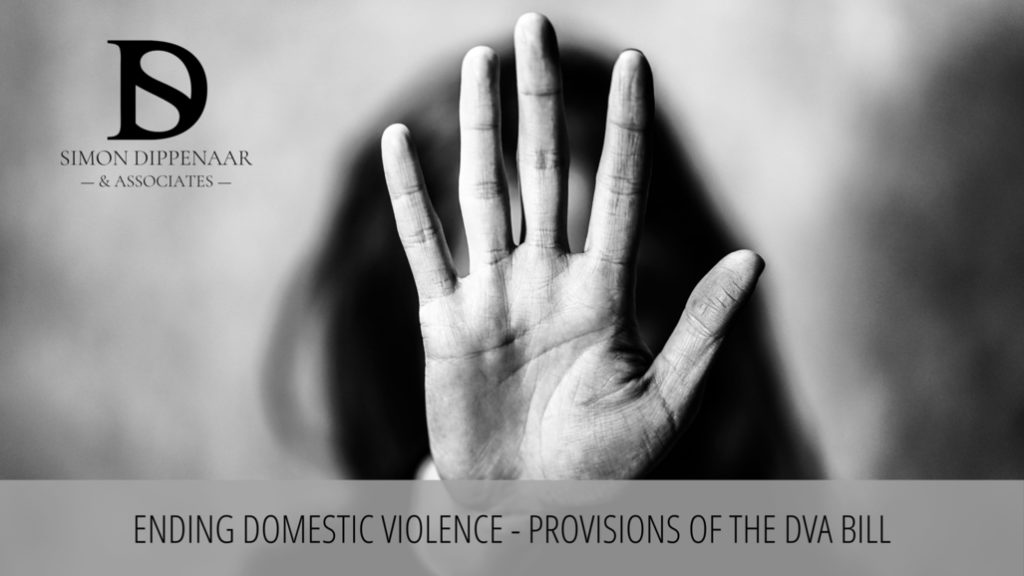 What changes are in the newly published Domestic Violence Bill?

In our practice, we see at first hand the extent of the gender-based violence epidemic in our country. It is a factor in divorce, and we are often involved in securing protection orders for women threatened by a potentially or actually violent partner. So we welcome legislation that protects women – and also men – from the scourge of domestic violence. We already have a Domestic Violence Act, but the proposed Domestic Violence Amendment Bill [B20B-2020], which was recently published for public comment by the National Council of Provinces, seeks to strengthen the existing provisions. Originally, a draft of the Bill was published for public comment in March 2020, with further revisions added and made available for public comment in September 2020.

The previous versions contained a proposal that had the potential to place people at risk, which has now been removed. The Bill attempted to make it mandatory for adults to report any knowledge of an act of domestic violence committed against another adult to the police or a social worker. Failure to do so would render them guilty of a statutory criminal offence. Needless to say, this was not a popular addition. Imagine the single woman who lives next door to a female neighbour and her abusive partner. The woman could wind up living in fear of retaliation if she reports abuse she witnesses and being arrested if she doesn’t. In that situation, instead of attempting to alert the authorities anonymously to help her neighbour, she could just pretend not to notice anything. How would this help reduce domestic violence? The general public can play an important role in reporting abuse, but must not be criminalised for failure to do so. That is too much of an onus to place on ordinary citizens.

In the current Bill, certain categories of officials still carry the duty to report abuse, but it is in line with their occupation, e.g., healthcare and medical professionals, social workers, caregivers and educators are obligated to make a report. As citizens, we would expect this of these professions.

A welcome addition is the proposed “domestic violence safety monitoring notice”. What this means is that when a complainant (let’s say a woman) who shares a residence with the respondent (i.e. a man) applies for a protection order, and has reasonable grounds to suspect that the man poses a threat to her personal safety, she can apply for the monitoring notice at the same time. This notice allows (by court order) the station commander of a police station to instruct a police officer either to contact or visit the woman at her residence at regular intervals (for a period determined by the court), to check on her and ensure her safety. If the police officer is prevented from contacting or visiting the woman, the officer is allowed by law to use reasonable force to enter the home and communicate privately with the woman.

This is theoretically a sound provision, which should offer some comfort to women who live in fear of their partner. However, it will require a considerable shift in mindset for the police, from a reactive approach to a proactive one. Does SAPS have the resource or the systems to monitor citizens at risk at scheduled intervals? That remains to be seen. Police officers on the ground may feel that if a protection order is in place, there is no need to carry out monitoring visits. Unfortunately, individuals subject to a protection order do not always observe the conditions of the order, hence the need for the safety monitoring notice.

Other amendments in this version of the Bill mainly refine existing processes and definitions.

The definition of the types of domestic violence has been retained. Some forms of violence newly included – “spiritual abuse”, “coercive behaviour” and “controlling behaviour” – have been reworded or revised. But one deletion has outraged civil society. “Stalking” has been removed as a standalone definition, and instead incorporated into the revised definition of “harassment”. There are many forms of harassment but stalking is a very specific behaviour that is also evidentially associated with subsequent violence. It needs to be acknowledged and defined as such, not diluted in meaning by inclusion under the less serious “harassment”, which can also include unpleasant verbal exchanges in the workplace – still totally unacceptable but not usually life-threatening.

If you’ve been affected by domestic violence, we can help. SD Law is a law firm in Cape Town with deep experience of helping women escape abusive men and find peace in a new life. We will connect you to relevant support services and make sure you and your children are safe. At SD Law, we understand how deeply distressing gender-based violence can be, and we will handle your case with discretion, empathy and compassion. Contact attorney Simon Dippenaar on 086 099 5146 or email sdippenaar@sdlaw.co.za for a confidential discussion.